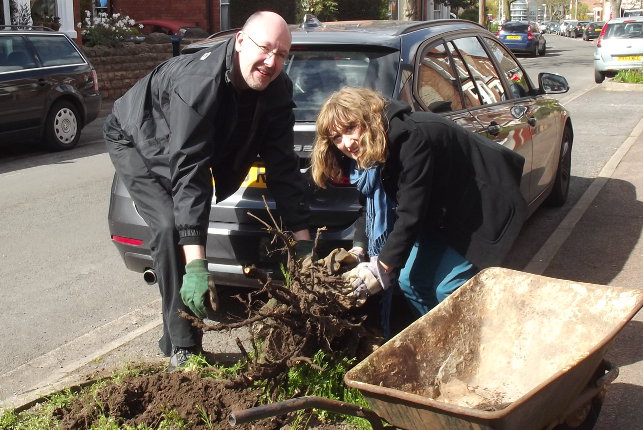 Lady Bay was mainly laid out in the Victorian era, with all the typical features of the time, including a good number of street trees. Over the decades many have needed replacing, a task which these days falls to Nottinghamshire County Council.

In recent years, working with the Lady Bay Community Association, we have kept track of which ones had been removed and chase up the county to replace missing trees as quite often they simply tarmac over the hole and leave it at that. On this occasion all but the stump of the tree had been left, much to the annoyance of local residents.

They, and we, contacted the county but on this occasion there was no response. So we thought a bit of direct action was called for. (If the county really want it they can have it back, otherwise it'll be a good home for beetles and wood-boring creatures!)

Ever wondered where your recycling goes? 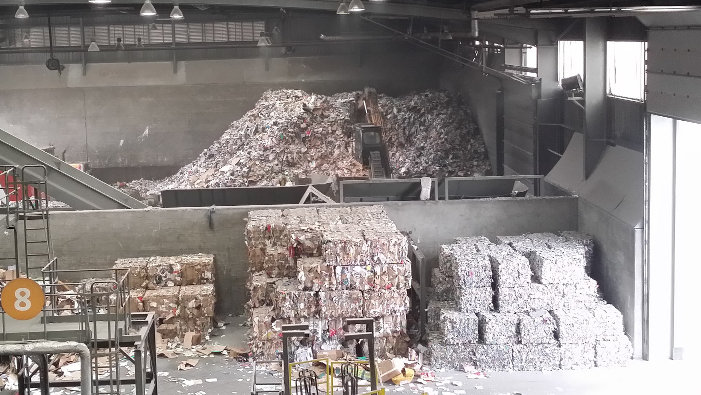 Eventually it gets turned into new products, cutting down waste and reducing the need to use up further resources. But the first place it goes to is the Materials Recovery Facility (MRF) in Mansfield. This is where it is sorted, baled and prepared for shipment to commercial companies for re-use.

Councillor Sue Mallender recently went on a tour of the site to see how it all operates - from unloading and sorting, through separating the metals plastics paper and card, through to baling and packaging. The people at the Mansfield MRF can sort up to 85,000 tonnes of materials each year, but the first part of the process starts with us taking care to put the right items in our blue bins.

It can't sort out glass, so we need to take that to our local bottle banks. We'd love to see kerbside collection of glass in Rushcliffe, and we will keep making the case for it, but in the meantime it has to be the bottle banks.

It can take plastic bottles but not the screw tops, because they are made of a different type of plastic which if it gets in the mix renders the whole batch useless for recycling. Please don't put plastic bags or clingfilm in the blue bins either as these have the same effect.

For a full list of what you can and can't recycle in your blue bin, please visit the Mansfield MRF website at www.veolia.co.uk/nottinghamshire/recycling/recycling/what-can-i-recycle.

The site offers tours and educational information and anyone can arrange a visit. Let's make Lady Bay the best in Rushcliffe for recycling!

With that, one would think, went the crazy over-inflated housing plans for the borough. But apparently not.

The agency and assembly were abolished, but the housing targets stayed. So this year, when Rushcliffe put forward its own much reduced housing plans, the government threw it out.

This puts us all back at square one, with the threat of thousands of houses at Gamston, beyond Clifton and East of Gamston; all to be built on the edge of the existing built-up area, on the green belt, creating the kind of urban sprawl that the green belt was created to prevent. 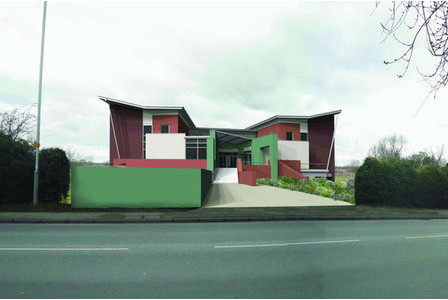 Controversial plans for a new GP surgery on Wilford Lane have been passed by Rushcliffe Borough Council's Development Control committee.

The merged Ludlow Hill, Southview, Trent Bridge and Compton Acres practices will operate from the new building. Musters Medical Practice will also be based there but continue to operate as a separate practice.

While the new centre promises improved facilities it suffers from one major problem: It is simply in the wrong place. A more central location, accessible to local people, would be preferable.

Located on Wilford Lane the proposed new surgery is well away from the centre of West Bridgford and impossible to reach by a single trip on public transport. It is much further for most people to walk. The assumption is that most patients will drive, or get a lift; those who cannot drive or who do not have access to a car presumably do not matter.

So concerned was the board of the Nottinghamshire City & County Primary Care Trust that they withheld permission to proceed with the plan when it came before them in March 2012. Only two months later did the board give approval, though little of substance had changed in the new report they were given.

We are often asked who to contact about these topics. You can find out more about both on the Road Maintenance page of Nottinghamshire County Council's website.

Some grass cutting is also carried out by Rushcliffe Borough Council and by Parish Councils outside West Bridgford.

Part of the Olympic Legacy, The YouNG Market will take place on Central Avenue, West Bridgford on Saturday 6 July from 12 noon to 5pm. The idea is for the market to encourage and support entrepreneurial young people aged 13-21 who live or study in Rushcliffe. The young people have designed, arranged and promoted the market and entertainment will be a large feature of the event.

PROTEST AGAINST THE BEDROOM TAX

Across the Nottingham area thousands of families will be affected by this tax that increases the cost of living for many disabled people, single parents, families of those recently deceased, foster parents and the parents of children in the army or at university.

In 2007 Rushcliffe council gave the Notts County Cricket Club a £1.2 million loan to help build a new stand and floodlighting; in return, the club launched a community project in Cotgrave for young people.

So what's the catch?

Well the catch is, we aren't going to get our money back after all. The Tory administration has instead decided to convert £810,000 of the loan into grants. Why? Cricket is a multi-million pound sport and the club were well able to repay the loan. The community project, excellent though it is, does not take that kind of money.

In a time of austerity when we are all being told to expect years more cuts to council services, and the Tories have just voted to raise Rushcliffe's Council Tax, why the generous handout?