On 21st March outside County Hall, protesters raising awareness about the dangers of fracking prepared themselves for a long day of discussion. 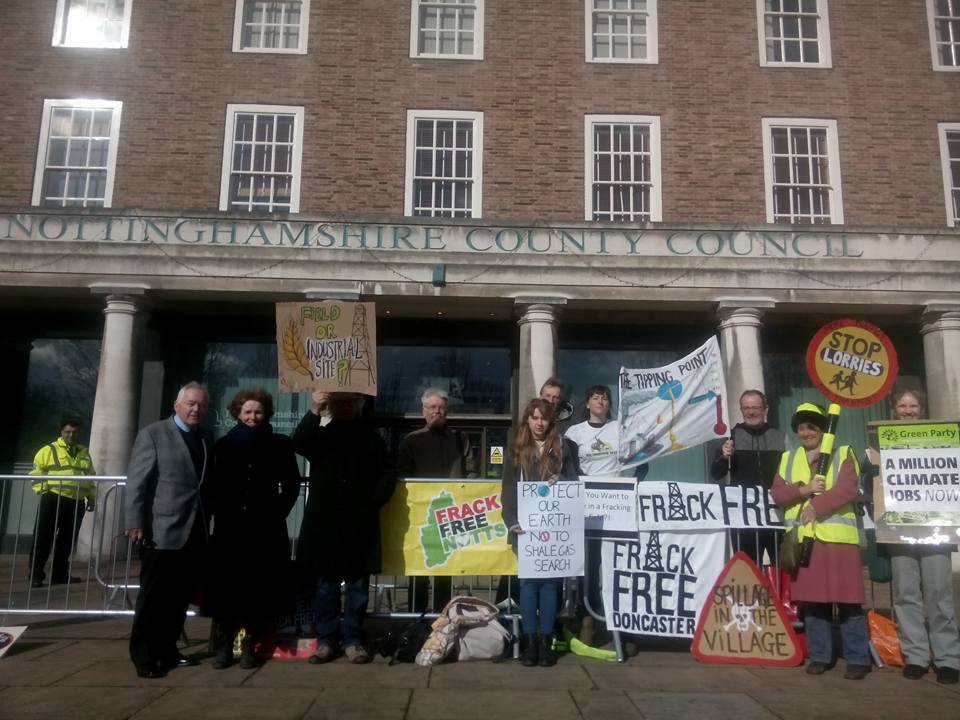 The application under discussion was for oil and gas company IGas to drill a 3,300 metre deep shale gas exploration well at Tinker Lane, between Blyth and Torworth, in the north of Nottinghamshire. Over the course of the consultation, an overwhelming 99.5% of the 797 respondents were in objection to the drilling. While fracking advocates at this stage have continually stressed that there is no mention of "fracking" in the proposals, they cannot deny that the search for shale gas is just one of the first steps in the process. This is the second such proposal in Nottinghamshire; the first one at Misson Springs was approved in November 2016. The Nottingham Green Party want to fight fracking at every step of the way.

Objections at this stage focused on the impact that exploratory drilling may have on the existing geology, including former mine workings that may have interfered with faults deep underground, increasing the risk of subsidence and earthquakes. There are also concerns about impacts of increased traffic on a local school and of course, the risk of contamination and leakages from any drilling activities.

Despite the many varied and founded concerns, Councillors ended the full day of debate with a vote that very narrowly resulted in the proposal’s go-ahead, with a vote of 6 to 5. Nottingham Green Party deplore this decision and will continue to fight the case for the clear majority of residents of Nottinghamshire who are set to be negatively affected by the developments.

How they voted: A party breakdown of the Councillors who had the power to prevent exploratory drilling for shale gas in Nottinghamshire. 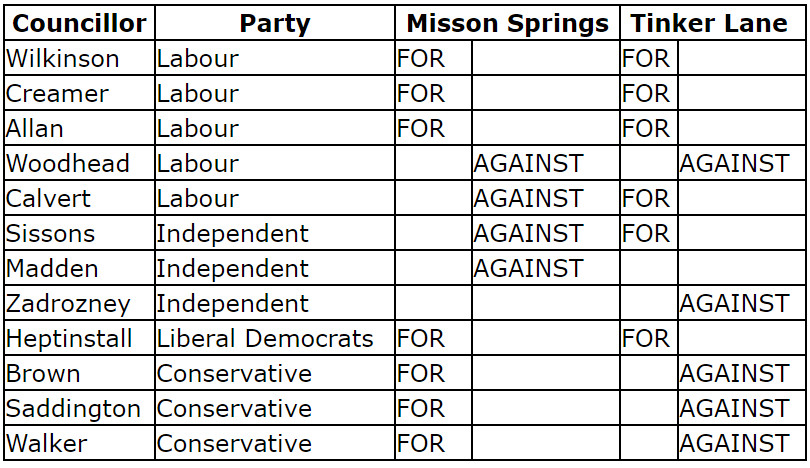