2017 so far: what Greens in Nottingham have been doing

Greens in Nottingham have been busy over the past couple of months. Here, members of our Executive Committee speak about a selection of campaign actions we've been involved in.

On Saturday 7th January, Nottingham Greens were delighted to be able to support the protest against fracking in Sherwood Forest. 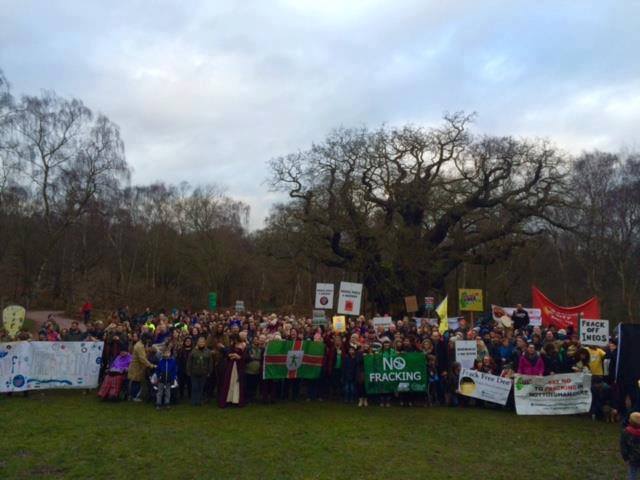 "The afternoon’s gathering was arranged at late notice by Friends of the Earth, in collaboration with Frack Free Nottinghamshire. It was in direct relation to a request made by FotE under the Freedom of Information Act, regarding the chemical company INEOS’s communications with the Forestry Commission. It appears that INEOS are currently discussing the potential to seismically test huge swathes of the land in the area, for presence of fossil fuels. It is recognised as the first step in the development of fracking.

"Over 200 people came together to hear a variety of speakers, from a range of local community anti-fracking and other campaign groups, as well as Friends of the Earth.

"The afternoon was a fantastic show of solidarity amongst people from all walks of life, from across the country. However, while it was amazing to see so many people want to protect the iconic site of Sherwood Forest, it’s important to recognise that this dirty technology also threatens anywhere it is proposed. People who oppose it need to support the groups in their locality. This fight is just beginning, and stories like the one in Sherwood are currently springing up all around the country.

"The Green Party think that the people of Nottingham and Nottinghamshire should be made aware of the threat that fracking poses in the County in general and in the beauty spot of Sherwood Forest. In our opinion Notts County Council should be doing everything in their power to block it.

"The public should not be misled by the claims that this will solve our energy problems. It will divert crucial investment away from renewable energy. There should be no mistake about this. Fracking prolongs our use of fossil fuels, worsening the impending climate change crisis. The process itself can release methane, a very powerful greenhouse gas. It also uses large amounts of water mixed with carcinogenic chemicals which have the potential to pollute the environment, including our own drinking water.

"In the USA there is a word for the very common accidents in fracking fields. It is “fracident”. We must not get even close to having fracidents in Notts. The Green Party are totally opposed to the development of fracking wherever and whenever it is proposed."

On Monday 30th January, Nottingham Green Party members were proud to take part in the demonstration in Nottingham, organised by Niamh Shewell-Cooper, against Donald Trump’s Muslim ban and the UK’s complicity in this. 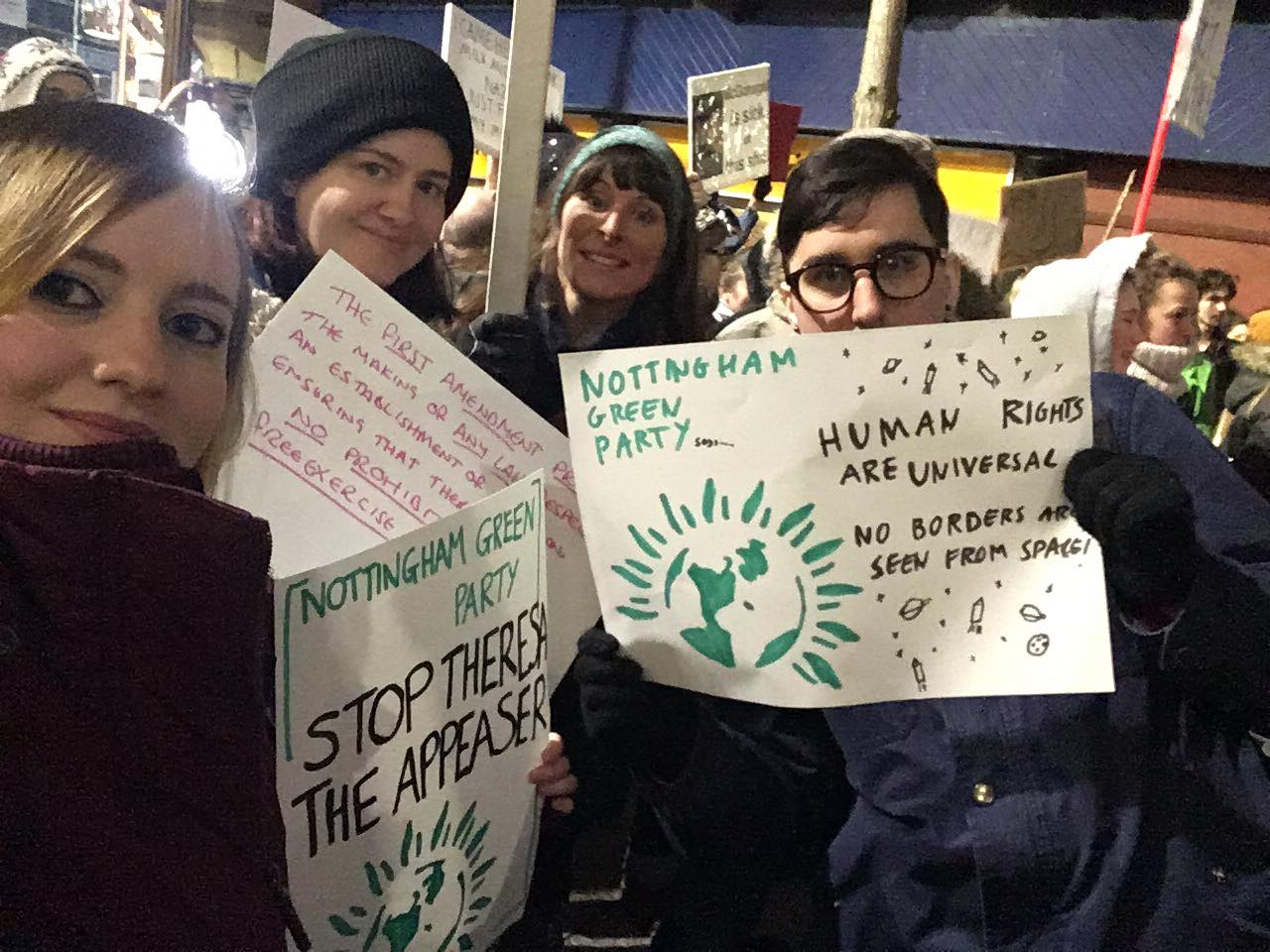 "The demonstration was very well attended considering that it had only been organised a couple of days beforehand and it was very inspiring to see that there are so many people in Nottingham willing to stand in solidarity for the rights of people that are affected by Trump’s actions. It just shows how Nottingham is one of the best cities for doing the right thing: sticking up for the vulnerable and standing up to those in power who seek to harm others.

"The Green Party took part in demonstrations across the country because Trump’s measures are a barbaric attack on Muslims in the USA, from the countries which are now banned and on all Muslims around the world. It stamps upon all principles of liberty and civil rights and undermines the value system upon which all our democracies are based. We are ashamed that the highest elected official of our country visited the USA during this time and then spectacularly failed to take a serious stand against such hatred.

"Nottingham Green Party will aim to get involved in any actions to try to stop any further UK complicity in Trump’s actions as president against vulnerable people; such as Muslims, refugees, women, people with disabilities and people in the LGBTIQ+ community, and hope that this will bring some hope in this frightening period of time." 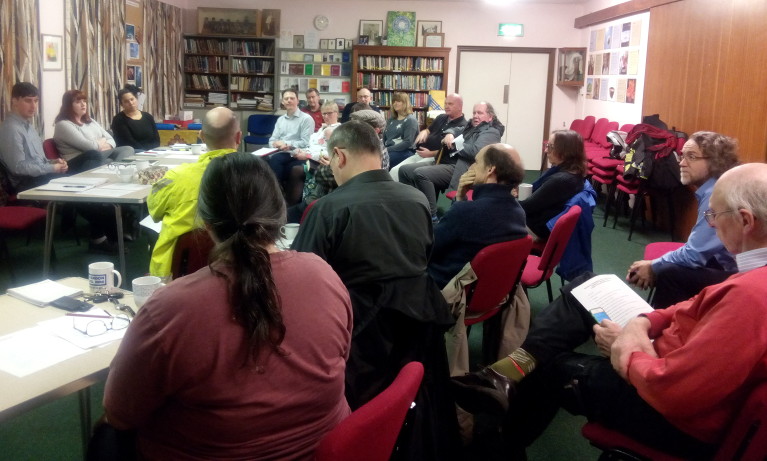 "This month our meeting took the form of a workshop/seminar with two employees of the Nottingham and Nottinghamshire Refugee Forum (NNRF). Gemma Pillay and Hannah Boyce spoke on issues regarding refugee, asylum and migration in the context of local, national and global. The floor was opened up for questions and it felt like many light bulbs were lit in the minds of those attending. We hope this will lead to further collaboration and solidarity, especially in these uncertain and trying times.

"The Green Party stands with all peoples of all nations and believe Human Rights are universal and fundamental. As right-wing nationalism and populism sweep the western world we believe that Green politics can be at the forefront of the resistance, and stand in solidarity with all who recognize that freedom of movement is an important part of who we are as humanity."

Our national party co-leaders, Caroline Lucas and Jonathan Bartley, and deputy leader Amelia Womack, have been busy too; take a look: